Luke Mitchell returns to Nottingham for the first time since joining Teesside Lions and has fast become one of the most important players on the Lions roster.

The 6 foot guard is establishing himself as the court general for Teesside with his high level IQ and ability to organise the team on the floor.

Luke is averaging eight assists per game. His last game against D2 side Myerscough in the National Cup was a poor game by his standards but still delivered 15pts and 12 assists. Rebounding is also a strong attribute for the talented guard and as we head into the busy Christmas period Luke is just warming up!

"I have a slight hamstring pull which is holding me back a little, but I am pleased with the way things are going for myself and the team so far.

"I enjoy passing and its good to have talented players around you that can finish the assists for me."

The unselfish play of the Lions has been a key feature of this season with multiple players collecting 3-4 assists per game. Manny Kabengele, Matt Hughes and Theo Turner have all featured heavily in the assists column and with a 'find the better option' mentality it is clear to see why Teesside are playing so well. 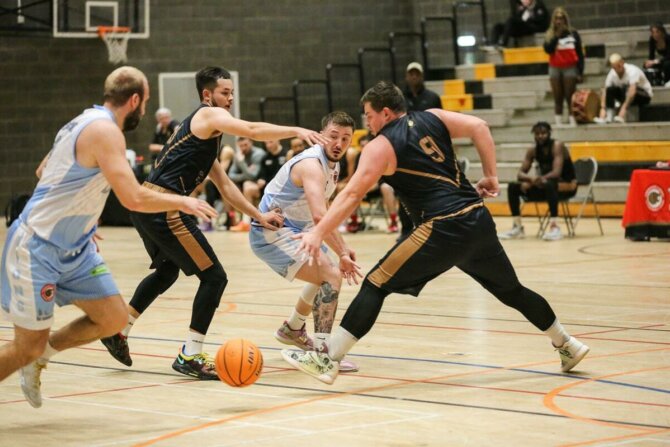 When asked if the season is going to plan, Luke said:

"We were planning on progressing into the next round of the cup, so in that sense we hit a road bump, but promotion to Division Two is the key priority and we are focussed on winning every game in front of us to achieve this goal. We are currently unbeaten in the league so in this sense the league campaign is going to plan."

The Teesside fans won't be out in force at Nottingham, but there may be a few Nottingham fans turning out to see him. When asked if he is expecting a warm response, he said:

"I am from Nottingham and my main team was the D1 Hoods. We are playing the D3 Wildcats side so it will be nice seeing people from the club again. I have played in many atmospheric games, both positive and negative, so I am completely focussed on competing to win this weekend."

Luke and the Lions travel to Nottingham on Saturday for a 6.30pm tip at the Wildcats Arena.