Teesside Lions showed remarkable resilience as they won away to Nottingham Wildcats with just seven players including injured player-coach Oliver Hylands, who is still recovering from a twisted ankle picked up in training two weeks ago.

Missing were star performers Eddie Matthew (calf), Billy Cousins (unavailable), Manny Kabengele (achilles), Matt Hughes (unavailable) all of who have been a game MVP recently and while any one missing would ordinarily be a concern, to lose all four was worrying for Coach Hylands.

While the home team struck the first blow through a transition basket from Shawn Manning-Dolby, Lions debutant Finlay Gillies responded with a 3-pointer to ignite his Teesside career. The 18 year old signed this week was a welcome boost ahead of the game and finished with 21pts including three 3’s to further strengthen a talented and deep squad.

Teesside Captain was also in dominant mode as he scored 11pts in the first period alone. Teesside were in a cautious frame of mind defensively, conscious of picking up fouls. This allowed a little more scoring freedom for Nottingham than the Lions would have liked. The Wildcats amassed 26pts in the first quarter, almost half the total points they scored in their previous league game against Calderdale.

For Lions, the only concern was physically staying in the game and being ahead, which they were by 2pts, 26-28.

The second quarter saw Teesside sharpen their defensive tools and limit the hosts to 19pts while adding another 28pts themselves. This provided an 11pt cushion at half time to give a bit of breathing space. Tiernan Clarke stepped up in the second quarter with a flurry of baskets including a big 3-pointer in the fifth minute to fend off Manpreet Hundal who had scored 20pts of his team’s first half total of 37.

“We must be accountable, and in control of our destiny. We showed that in this win, and I think we gained a psychological boost today that will make us even stronger for the rest of the season.”
Theo Turner, Lions Captain

In the second half Luke Mitchell continued to pull the strings for Teesside as he returned to his former home court. The former D1 Nottingham Hoods star enjoyed his homecoming as he picked the Wildcats lock time and time again. In addition to his assists Mitchell hit 11pts in the third quarter to maintain their 11pts cushion as both teams scored a big 29pts.

The final quarter was similar to the third as Teesside maintained a cautious defensive strategy whilst ensuring good ball movement led to positive options on offence. Despite Lions having only seven players, the talent of the group stood strong, led by the giant presence of 7 foot captain Turner. Nottingham had no answer for the Teesside centre and when they doubled inside, Turner found options on the perimeter.

Turner hit a massive 39pts including four And 1 plays, converting 100% of his bonus free throws. It was a determined game from the big man who dominated points, rebounds and blocks to earn the MVP, in a game where four were serious contenders.

The character shown to win this game is impressive and has shown not only how deep the Lions squad is, but how they have grown from the Myerscough loss in the National Cup. Despite Myerscough being a division higher, Teesside felt they should have won. Against Nottingham a new determined, no excuse mentality was proudly on display and there is a belief within the team that no matter the circumstances, they will find a way.

Speaking after the important win; Teesside Captain Theo Turner said: “It was crucial to keep our league title campaign on track, especially following the cup exit. We knew we were missing important guys, but we were fully focussed on winning this game. I am proud of every player that travelled and stepped up when called upon.

“We must be accountable, and in control of our destiny. We showed that in this win, and I think we gained a psychological boost today that will make us even stronger for the rest of the season.”

Teesside have a week off, ahead of their trip to Sunderland on Saturday 10th December and the club are hoping to take a large fan following to the City Space Arena and make it a home game feel, as Lions next game at Eston Arena is not until 8th January. 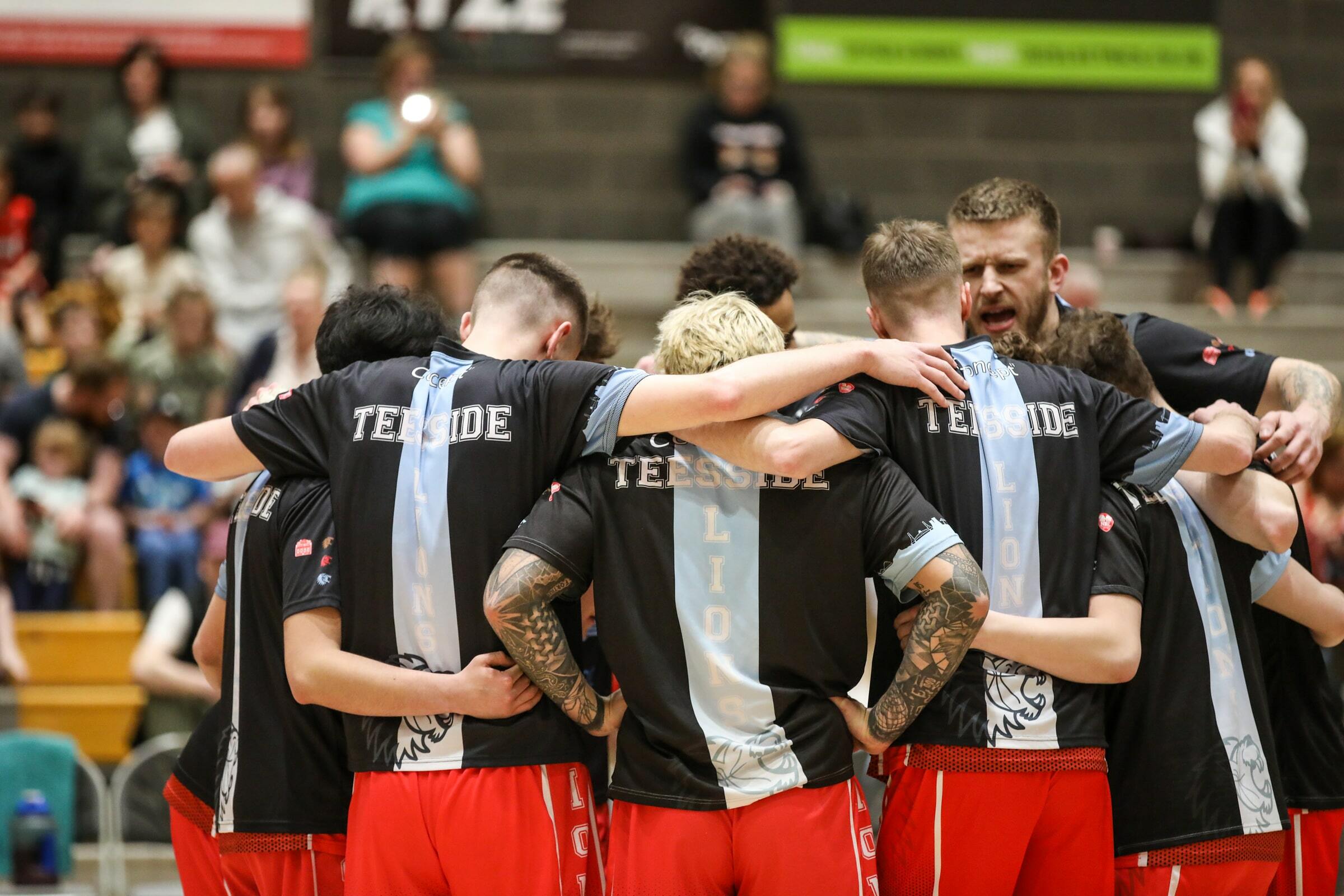