Teesside Lions broke their own record for a national league division three attendance with 800 spectators witnessing the 23pt win over Sheffield Elite at Eston Arena. This topped the previous record of 720 who attended the Lions win over local rivals TV Mohawks last season.

On Saturday Teesside travelled to Sheffield to play the club’s second team in a potential banana peel with Lions only able to take seven players due to a combination of illness and injury. Player/coach Oliver Hylands was a determined force with 32pts & 22 rebounds to inspire a 31pt victory with good support from Matt Hughes 26pts & Eddie Matthew on 25pts. The latter two have been rich in form recently and continued this the following day.

The second of the weekend double-header saw the Sheffield first team travel to Teesside for the third meeting between the sides. The previous two games had been close affairs with a 73-77 win on 15th October in Sheffield following an 88-80 win at Eston the previous week.

With the largest crowd of the season and a record attendance for division three, the occasion was set for a final showdown. Sheffield looking to avenge previous slender losses and Teesside aiming to complete the hattrick.

It was Sheffield who began stronger with Ignas Kliucevicius hitting six of the first eight points for the visitors. Lions response was more measured than emphatic but it was effective. Man of the moment Oliver Hylands calmly converted two free throws followe by a combination of good team work and individual play via Manny Kabengele and Eddie Matthew.

By the end of the first period Lions had wrestled control of the score and led 17-11.

The second quarter witnessed a strong slam dunk from Theo Turner which brought roars from the crowd, who were in good voice even prior to the tip, and made for a great atmosphere throughout the game. Matt Hughes rose to the occasion in the second quarter with 8pts and three assists while Kabengele and a 3-pointer from Luke Mitchell continued to pepper the visitors.

Sheffield did manage to find hope in the latter stages of the half with Jacob Paredes, Jack Holder & Aidan Appleyard all hitting 3’s to reduce the deficit, but still looking at the wrong end of a 40-33 scoreline at half time.

Teesside produced their best performance in the third quarter as they outscored the visitors 28-13 to assert their dominance on the game. Mathew & Mitchell opened the M&M show as they combined for 16pts including three 3’s from Matthew and an array of dazzling passes from Mitchell.

Hughes also kept up appearances with 6pts, but also notably selfless play with good passing, rebounding and energy at both ends of the court.

Having led by as many as 24pts the final quarter allowed an opportunity to rotate the squad and while Sheffield struggled to threaten the result, they did manage to hit two late 3’s to take the quarter 16-17.

Teesside rounded off a great spectacle and memorable occasion with the head to head over fourth placed Sheffield and remain unbeaten and in first place as they now prepare for a friendly game against Durham University this Sunday, with a another bumper crowd expected at Eston Arena. Tip is 2.30pm and tickets are available at TeessideLions.com

Game MVP was awarded to Oliver Hylands on Saturday & Matt Hughes on Sunday. 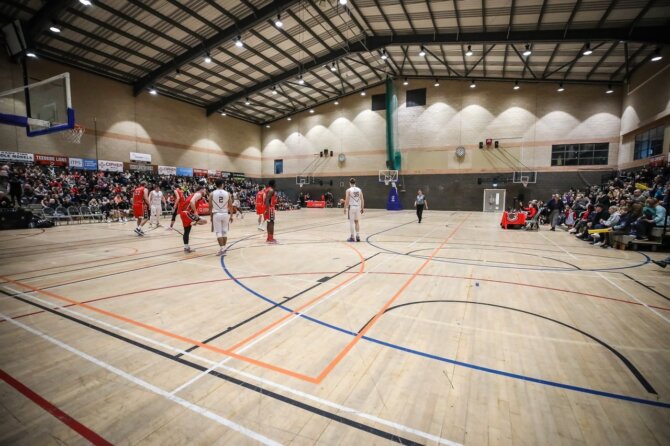 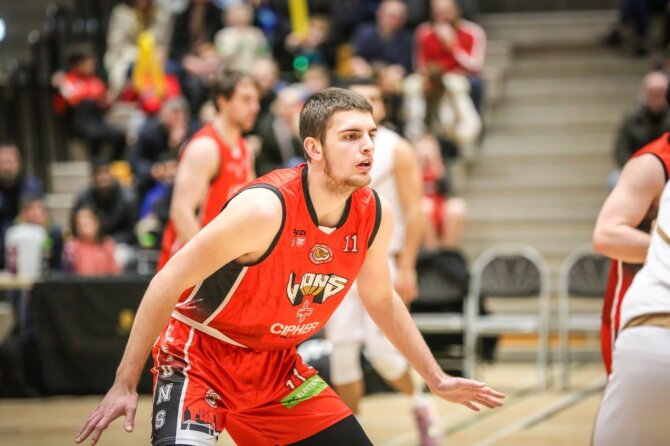 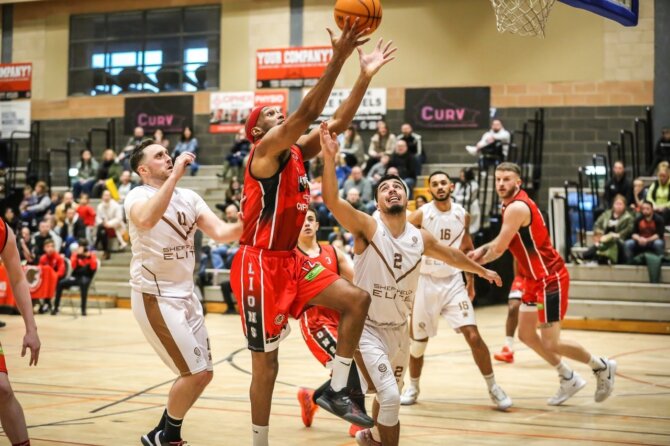 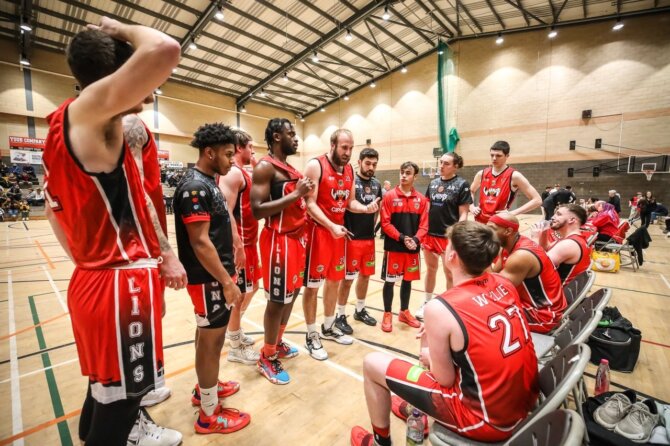 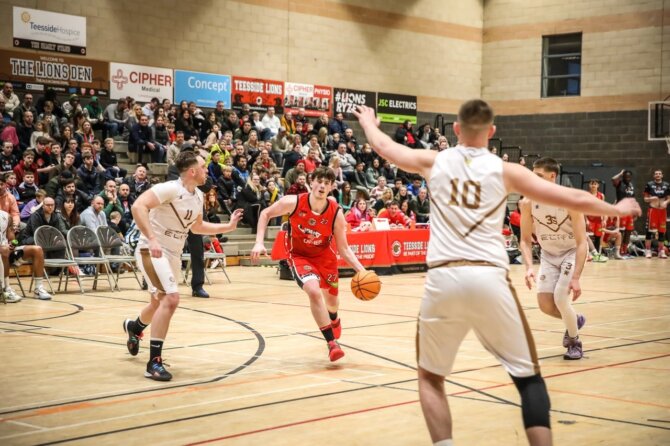 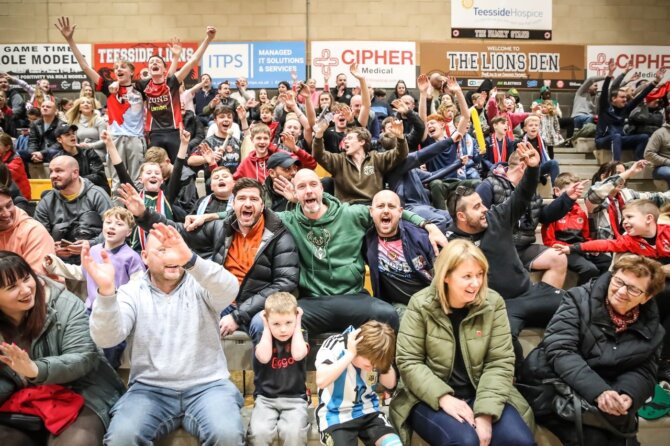 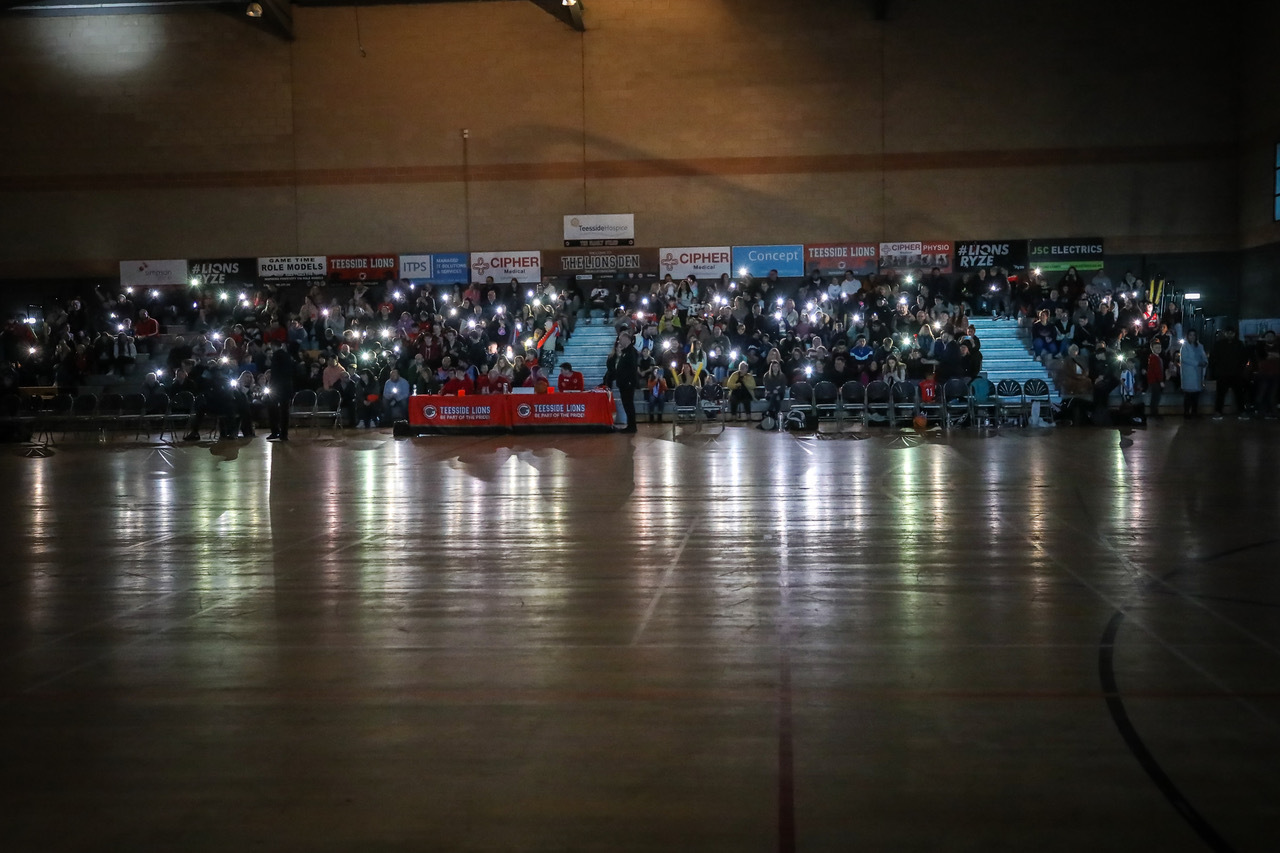