Teesside Lions opened their new season with a dominant display over Sunderland at Eston Arena on Sunday.

The 42pt victory was emphatic from start to finish, with the Lions out-running and out-gunning the visitors, who struggled to compete with the fitness levels of the home team.

Sunderland took the lead initially with two free throws converted by Canadian Michael Guirguis. The response from Lions was almost instant as good ball movement found Eddie Matthew and he duly connected a 3-pointer which could not have been more accurate. This would be a quarter to remember for Matthew who hit a further three 3’s and collected 16pts in the first period alone.

The second quarter saw a more resurgent Sunderland with Favour Ajayi making three strong finishes while Guirguis continued to pose a threat with 9pts in the period. Coach Calder’s side however was still leaking points Manny Kabengele and captain Theo Turner dominating proceedings in the half court. The 7 foot frame of Turner was too big, strong and quick even for the 6’9 frame of Lithuanian Jostas Seselgis. The Sunderland centre was having a good game on offence with 12pts so far.

Turner however was not to be outdone and as the half time buzzer neared the Lions captain slammed home to assert his dominance. Another impressive display was that of Tiernan Clarke who joined from Wolverhampton Wolves (Lions rd 1 play-off opponents last season). Clarke showed a confidence and composure as he exploited opportunities and played excellent defence.

At half time the scores were 52-31 in favour of Teesside.

Coach James Thomson filled the shoes of newly appointed Coach Oliver Hylands, who was unavailable due to a family commitment, and despite missing four key players including the impressive Billy Cousins, Siman Stewart, Alex Parr and Hylands himself, Teesside continued to dominate affairs with their best defensive period in the third quarter where they held Sunderland to just 11pts.

Instrumental to this defensive effort was Luke Mitchell who was a constant thorn in the visitors’ side. Mitchell also pulled the strings on offence as he tormented the opposition with his dribbling and passing ability. A near triple-double for the former Nottingham star with 17pts, 9 rebounds & 8 assists.

16 year old Charlie McKenna sealed the game for Teesside with a strong drive and delicate finish to rubber stamp the victory.

The Game MVP was a difficult choice with so many players contributing so well. Leading the nominations were top scoring Theo Turner who dominated at both ends, Eddie Matthew who played a crucial role in setting the tone of the game with his 16pt first quarter haul, and Luke Mitchell with his near triple-double.

In what was a tough call, Mitchell was awarded MVP for his overall impact and control in a dream start for Luke and the Teesside Lions.

Mitchell, speaking after the game said: “I really enjoyed the game; everyone played their part and we could have had two or three more big scorers. We maintained discipline and moved the ball really well to find the right shots and this shows a special and unselfish characteristic of the team. We are only just getting started and I am looking forward to watching and being a part of this progression over the coming games.”

Coach James Thomson also enjoyed the win, stating: “It was nice to get the win, but also nice to see the chemistry develop. Players are starting to gel really well and we are going to be a difficult team to play this season as we have so many options on offense and a real hunger and pride on defence.

“The frightening part is that there is still room for improvement. The exciting part is that we are going to get better and better over the coming months and that will be a real treat for the fans.

“While the plaudits, rightly, go to Luke, Eddie and Theo, I think Tiernan (Clarke) deserves a special mention for a really impressive contribution.”

Teesside now prepare for the National Cup as they welcome Sheffield Sabres Elite to Eston Arena this Sunday in the second-round fixture.

Tickets can be purchased at TeessideLions.com 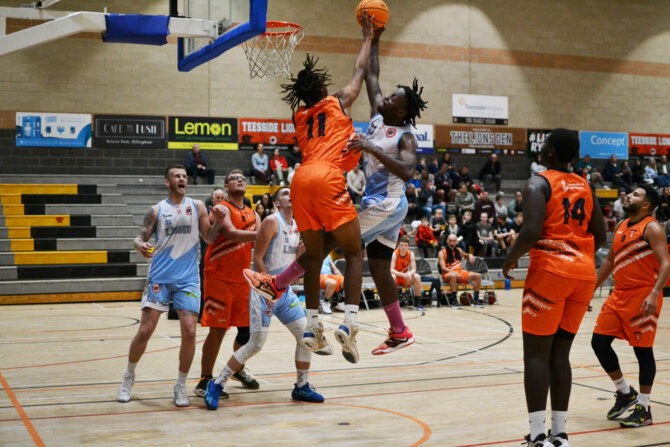 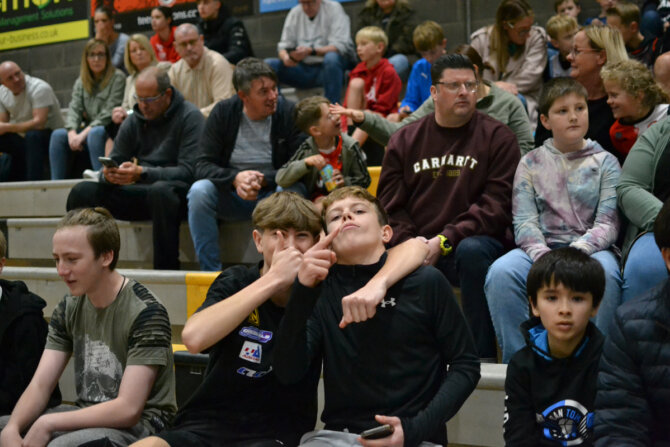 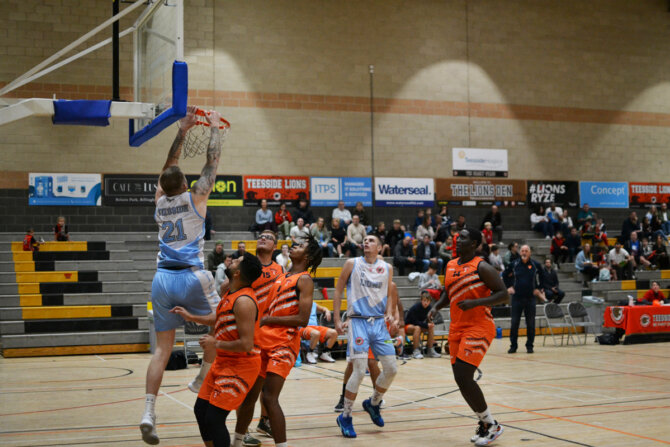 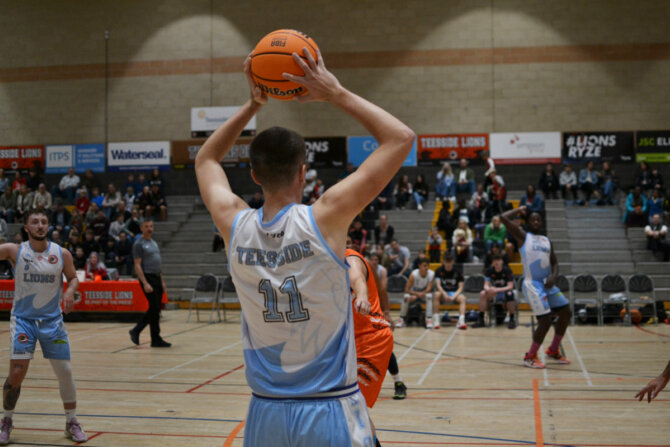 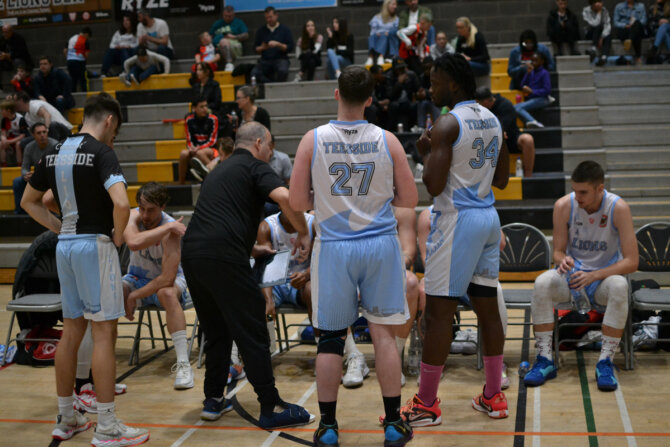 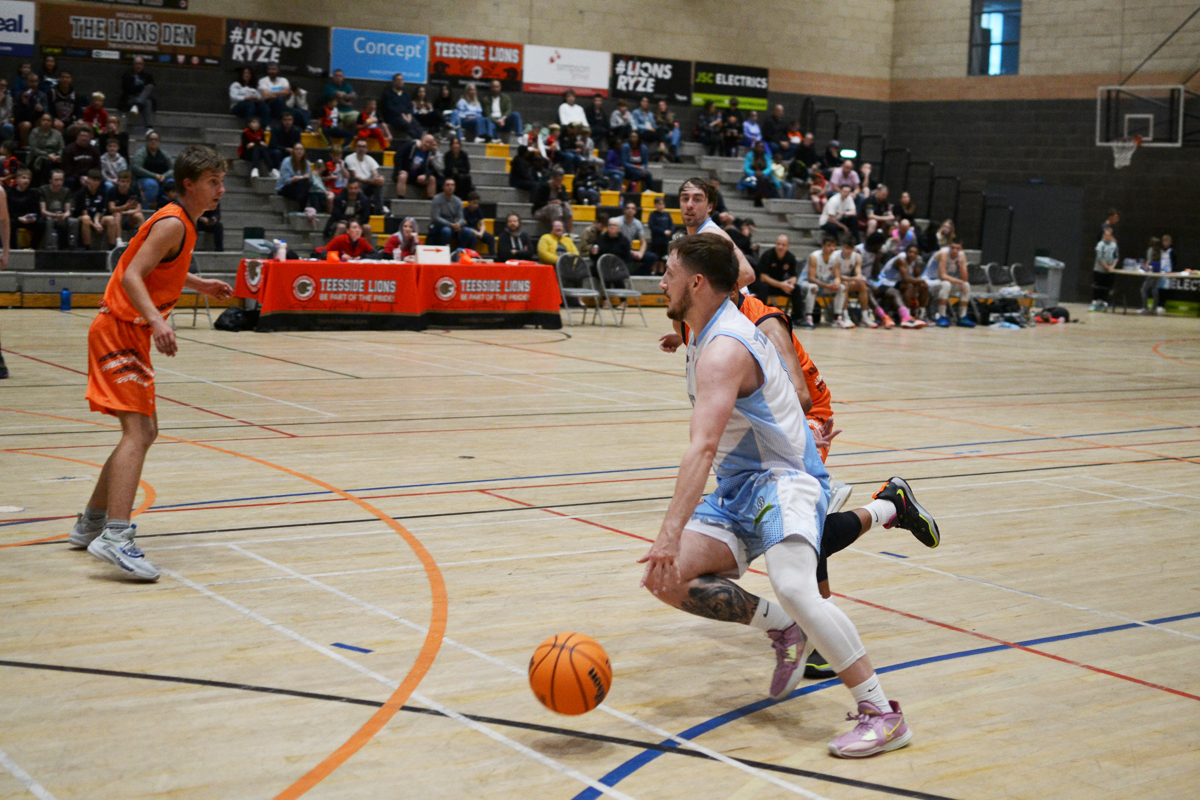