Teesside Lions claimed another victory in a nail-biting thriller at Eston Arena which saw Calderdale Explorers lead for large swathes of the game. The win preserves Lions unbeaten league run as the Teesside outfit maintain their charge on back-to-back league titles.

Calderdale drew first blood with a mid-range shot from Edney Lopes, followed by another shot from similar range, this time courtesy of Euan James to give the visitors a 4-0 lead.

Teesside were struggling to convert, but the build-up play and structure was looking good. The main concern, even at the early stage was the defence as the Explorers continued to score and their new signing Dan Quirion was a thorn in the Lions side as the strong guard probed and exploited weaknesses. Lions found themselves down by 10pts in the first quarter as Quirion and Cyrus Dennis combined for a 9pt run.

Lions had Eddie Matthew to thank for keeping the hosts in the game. Two big 3’s at both ends of the period would ease the difficult start but there was work to be done as the looked at the wrong end of a 16-21 scoreline.

The second quarter was Lions best period although it wasn’t until the latter stages that the team picked away at the deficit and with 1 second left on the clock and down by 2pts 38-40 Luke Mitchell passed to Matthew who duly drained the 3-pointer to the delight of the Teesside fans as Lions took their first lead of the game in the most dramatic way, and produce a psychological boost ahead of the second half.

The third quarter was toe to toe and would finish 19-20 in favour of the visitors to tie the game 60-60. Matthew continued his rich form adding 8pts to his tally, Oliver Hylands hot a big 3 early in the period and Luke Mitchell continued to shine as one of the best facilitators in the league. His range and ability of passing is a joy to watch and the only frustration would be if more had been converted he would have finished the game with 15+ assists.

Siman Stewart played a vital role as a stabilising presence. He broke Calderdale momentum twice with two important basket, as they threatened to break free.

With all to play for and the high potential of Over Time, both teams were eager to start well. The good fortune would go the way of Teesside as they managed to take early control. An And 1 from Mitchell gave the home team the edge, and the fans the belief, but this was not without drama as Dennis hit a brace of baskets. Matthew later made a full court transition lay-up as Mitchell found the touchdown pass, while Matt Hughes converted two significant free throws to build a 9pt lead.

This lead though was threatened as Hassan Haq converted a corner 3-pointer. Calm heads were required but then another 3 from Quirion. The Teesside fans were now in full voice as they encouraged the Lions but another heroic 3 from Quirion would tie the game and lay the platform for the most exciting two minute finish.

In the end three Lions free throws from Stewart (1/2) & Mitchell (2/2) would seal a 3pt win for Teesside in a memorable and exciting game.

Eddie Matthew was the games top scorer and MVP. The sharp shooter hit 28pts including five 3’s in an all-round excellent performance.

Teesside now prepare for a further two home games in the next two weeks starting with a double header against Sheffield II on Saturday prior to Sheffield I at Eston Arena on Sunday. The following Sunday will see Durham Uni visit Eston. 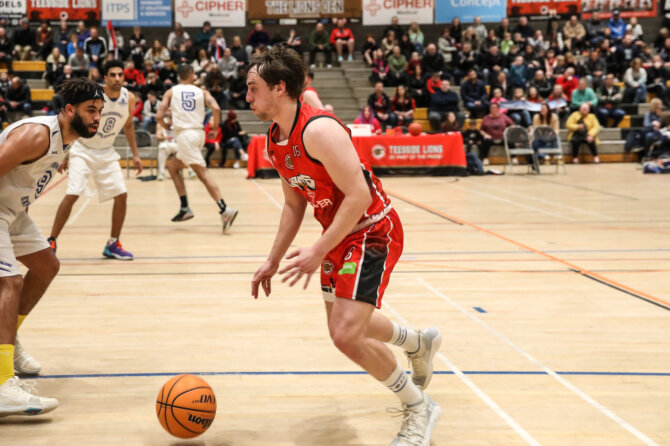 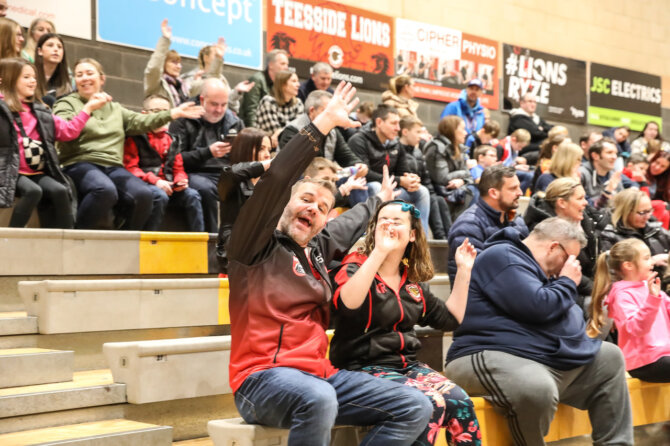 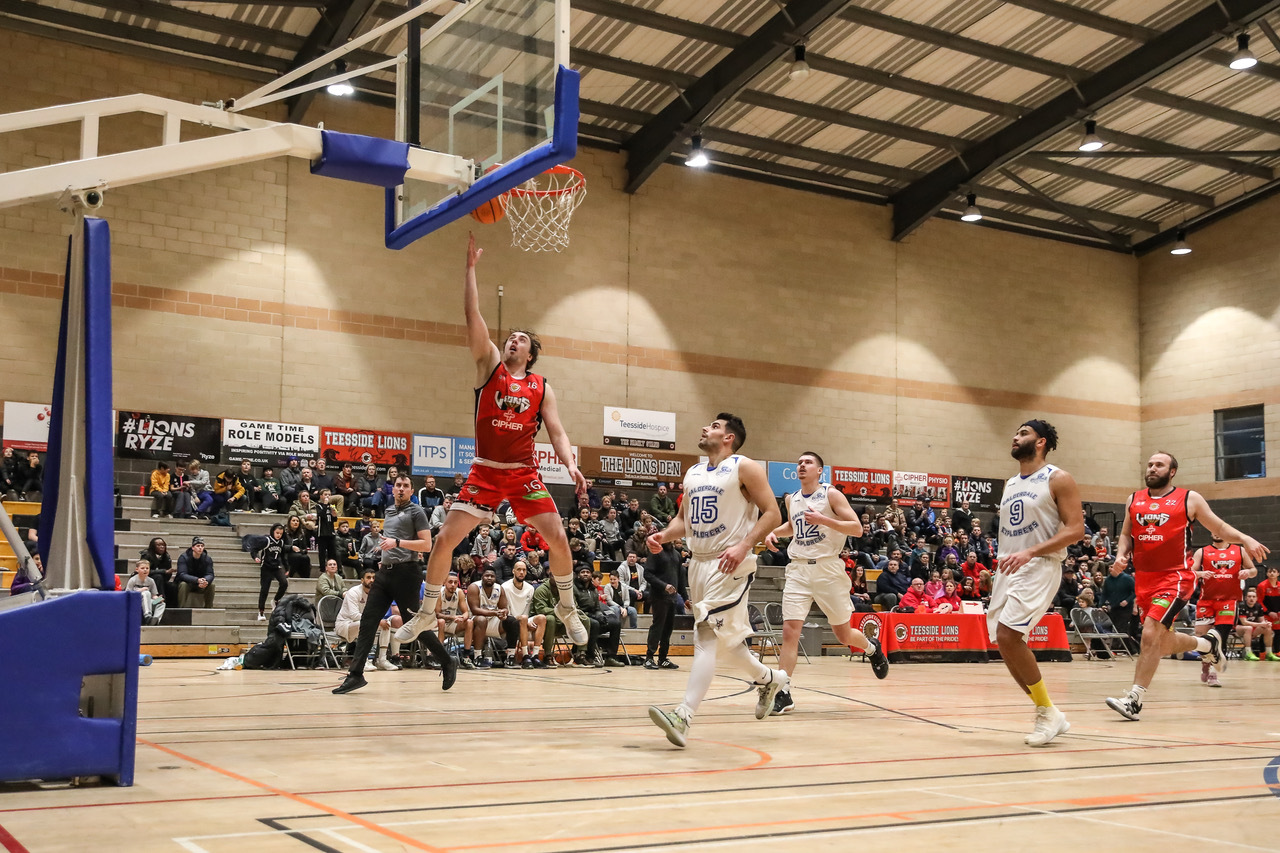