Teesside head to Manchester on Sunday to the hallowed ground of the National Basketball Performance Centre, a destination familiar to Lions fans as the venue of last season National Playoff Final and where Teesside were duly crowned Champions.

The third round of the National Cup is against Manchester Swarm, a division three side from the North West League. Swarm beat Liverpool 71-70 in the previous round and are looking to progress at the expense of Teesside.

The prize for the eventual winner is a fourth round home draw against the winners of either Myerscough or last season’s Playoff finalists Worcester Wolves; both division two outfits and a serious test in waiting.

Manchester Swarm were formed in 2020 and currently hold a 2 wins & 1 loss record in the league and are looking a strong contender to qualify for the playoffs. Their 68-82 loss followed their cup win over Liverpool at the hands of Preston.

The Swarm have a strong team led by a trio of players in Nathan Schall, Joseph Swindells & Louis Weaver.

All three players regular feature in the top scorers with a seeming rotation of leaders showing a balance and strong team mentality.

Schall is a 6’6 wing and 12 year professional player featuring a range of clubs including London Lions, Manchester Giants, Plymouth Raiders along with a one year stint in Germany. Schall is averaging 15pts per game in the previous two seasons as a Division Three player and he will be a player Coach Mpofu will be relying on to galvanise his team.

Teesside look to have a near full squad available with the return to training of Siman Stewart and Eddie Matthew.

The game will tip off at 4pm in Manchester.
Photo Credit: Manchester Swarm 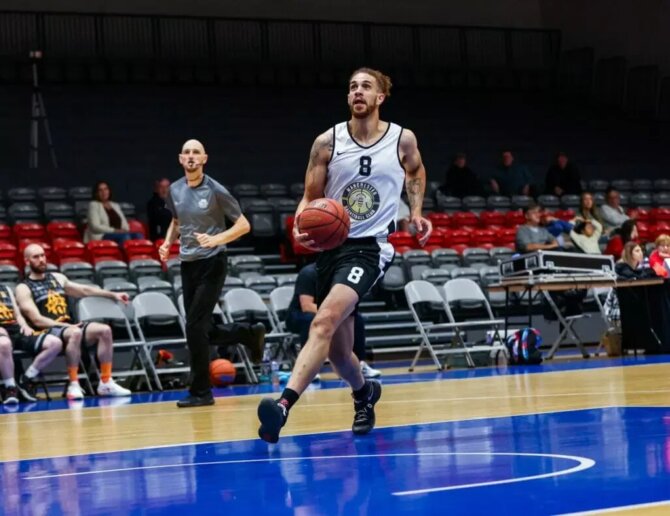