Teesside travel to Nottingham on Saturday aiming to maintain their unbeaten run and position at the top of NBL Division 3.

Nottingham currently sit fifth position in the league but have shown their potential with an impressive National Cup run which saw them knock out Gloucester and Oxford prior to a same round exit as Teesside, against Loughborough Riders, an affiliate team of the BBL outfit.

Shawn Manning-Dalby is a player to watch with a great performance against Calderdale, top scoring with 19pts. College player Jarrod Henriques is another consistent scorer and a product of the youth development system. Meanwhile sharp shooting Manpreet Hundal hit a season high 36pts against Oxford and is one of the main threats in terms of all-round play. Hundal can control the game, pass and score.

Nottingham are based at the Wildcats Arena, a facility they operate themselves in partnership with a local school. The club boast a strong development programme and high level mens and women's teams.

Lions meanwhile have had a week off following their defeat to Division Two side Myerscough and are eager to get back on the court and bounce back against the Wildcats.

Captain Theo Turner is looking forward to the game stating: "We were extremely disappointed with the Myerscough loss and are keen to get back to winning ways. Nottingham is the next game and we head into the game with a determination to prove we are better than the last game."

Nottingham is the next game and we head into the game with a determination to prove we are better than the last game.
Theo Turner, Lions Captain 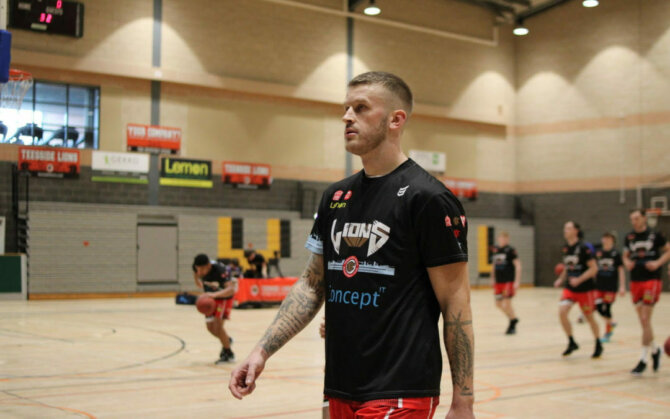