Teesside Lions have been awarded £30,000 of funding via the Curv fund to deliver their Game Time Role Models project in Hemlington and West Middlesbrough. The fund will also allow opportunities across the wider Teesside area and the intention is to provide an early intervention crime reduction initiative to tackle the rising epidemic of knife crime and serious violence in the Cleveland Police service area.

Cleveland is the highest knife crime capital and third highest level of violent crimes in England and Wales, with more blade offences than in London.

Funding was secured by Steve Turner, Police & Crime Commissioner for Cleveland, and allocated to a number of organisations following his passionate belief in the power of sport in positively influencing young people.

The Curv partnership, which is chaired by Steve has secured £3.5m over the next three years, with the first £500k now being allocated.

Role Models will be facilitated by Game Time Sports CIC and use players from Teesside Lions Basketball club as positive sporting role models to engage with schools and the community.

Teesside Lions currently work with around 400 members from ages 5 to 50+ who attend sessions up to six days per week. They run community, and performance sessions to develop elite athletes.

At the top of the pyramid is the Teesside Lions ‘professional’ team which participate in the National League out of their 1200 capacity Eston Arena home and enjoy a strong fan base of up to 700 at their events. This sporting pinnacle is a dream of many young players within the club.

Basketball is a great sport for engaging young people. It is often a novel sport for many in the UK and there is not only an attraction to the skilful aspect of the game, but it also has a strong association with music and fashion that many young people find appealing. It is also very inclusive with girls and BME communities. 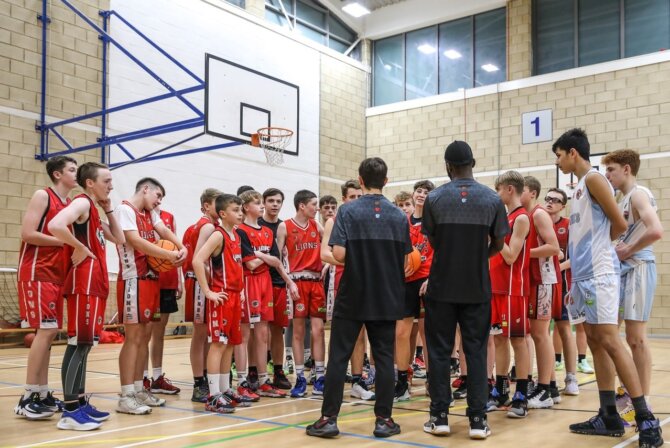 James Thomson is the Chairman & Coach with Teesside Lions and the mastermind of the Role Models project. He has coached north of twenty thousand children across a community basketball legacy that has stretched 25 years.

For the 43 year old, the Role Models project is a culmination of this legacy and experience. There are many strong and powerful examples of Teesside Lions ‘saving’ young people from a life of crime and serious violence, and instead nurture their potential through the vehicle of basketball.

The coaches and players within the club play an important ‘big brother’ role and James has not only played this role for more than two decades but also shaped the club to appreciate the importance and responsibility of this position to the extent that young players are identified within the club to be trained as coaches and the next generation of positive sporting role models.

There is a wonderful ethos around the club and it is energising to witness this evolve around us.
James Thomson - Teesside Lions Chairman & Coach 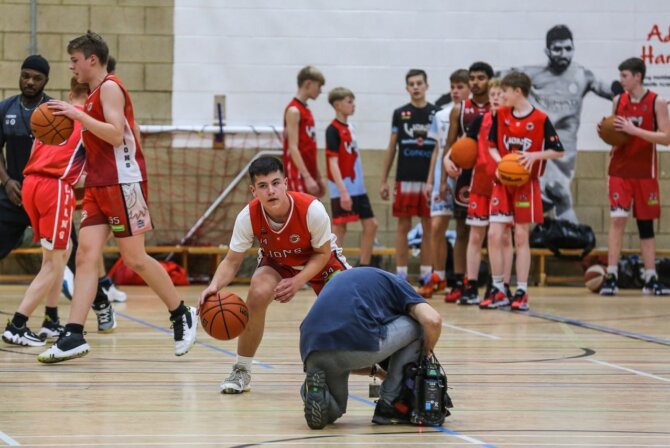 When asked about the importance of the project, James said:

“It’s not just about kids playing basketball, or developing them into elite level players. It is also about developing them as people, setting standards and morals. There is a wonderful ethos around the club and it is energising to witness this evolve around us.

“The club is a voluntary led organisation and has never received funding prior to this allocation. While we have proven our ability to deliver and be financially competent, we always had limitations. This funding allows us to expand and support significantly more people in a more direct and purposeful way.

“We have many parents who state how important the club is to their children, and that if not for basketball their kids would be stuck on a computer or even worse on the streets where they may get caught up in the wrong crowd.” 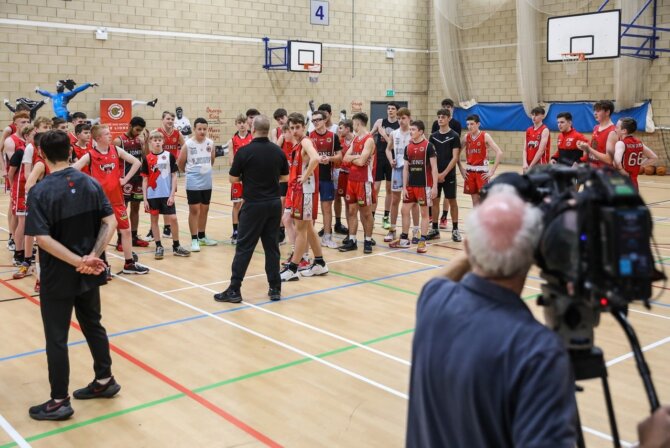 One such success story is Riley Anderson, a 19 year old from Middlesbrough who as a young person witnessed a great deal of shocking events, and while not directly involved, he has had friends who have been stabbed and attacked because of being mixed up in the wrong crowd. Riley himself has also been attacked.

Riley is a shining example of how people like James Thomson and the club Teesside Lions can positively impact and redirect young people away from a life of crime.

He is now a flourishing individual and not only has he worked his way into the senior national league team as a player, but he has also developed his abilities and personality as a community coach.

The former pupil of Acklam Grange Academy in Acklam stated “James (Thomson) came into my school to develop basketball when I was 14 or 15 and at first I went for a laugh, but I quickly became deeper involved in basketball and have no doubt that James and Teesside Lions have helped me enormously. I often think about where I could have ended up, especially witnessing what has happened to my friends. I am very grateful to be where I currently am.”

“In many ways Riley is indicative of the importance of positive role models. He also shows that it’s never too late to change direction. Riley has never been a ‘bad lad’ but I think he will admit himself that he was on the verge of going down that path. It was basketball and Teesside Lions that filled a void for him and nurtured him away from a potential life of crime and serious violence.

“My intention with Role Models is to now reach and support many more young people in a way that authoritarian figures may struggle.

“I would like to take this opportunity to thank Steve Turner and his office for their trust and support.” 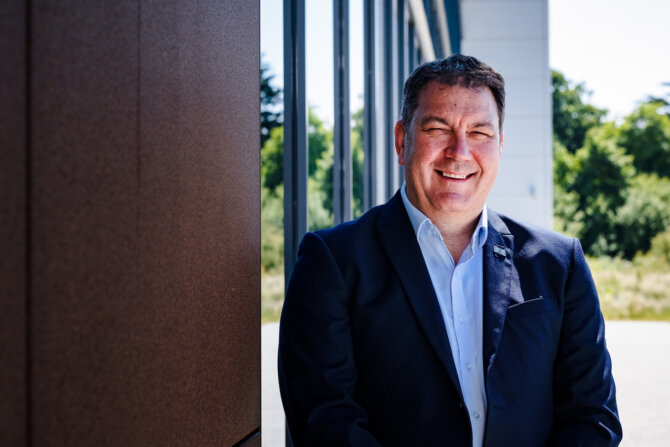 James and the Game Time Role Models team will now implement a range of sessions and activity in Hemlington and West Middlesbrough schools and across the community.

New satellite clubs will also be established in the area for young people to join, and like Riley, find a positive path away from a potential life of crime and serious violence. 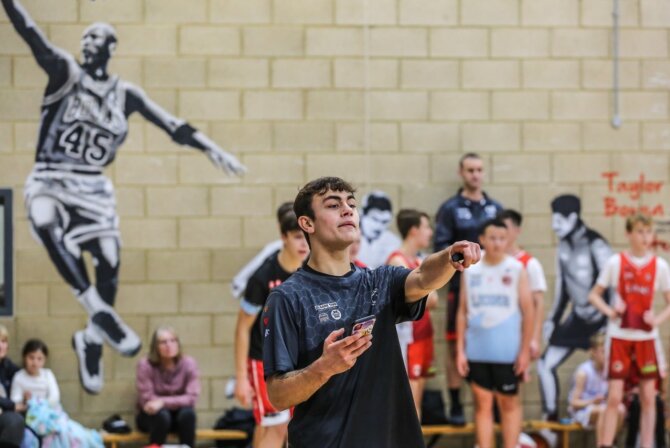 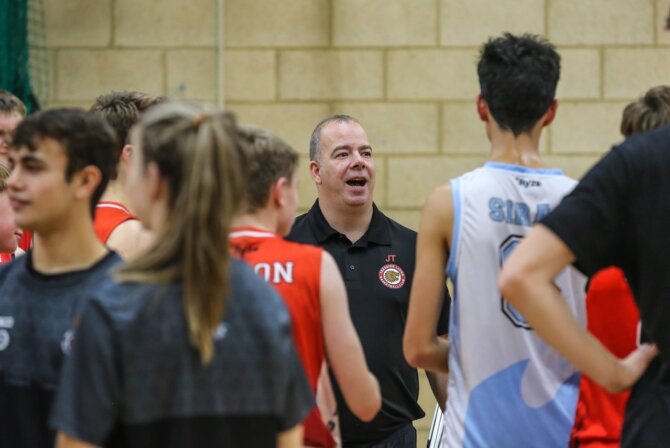 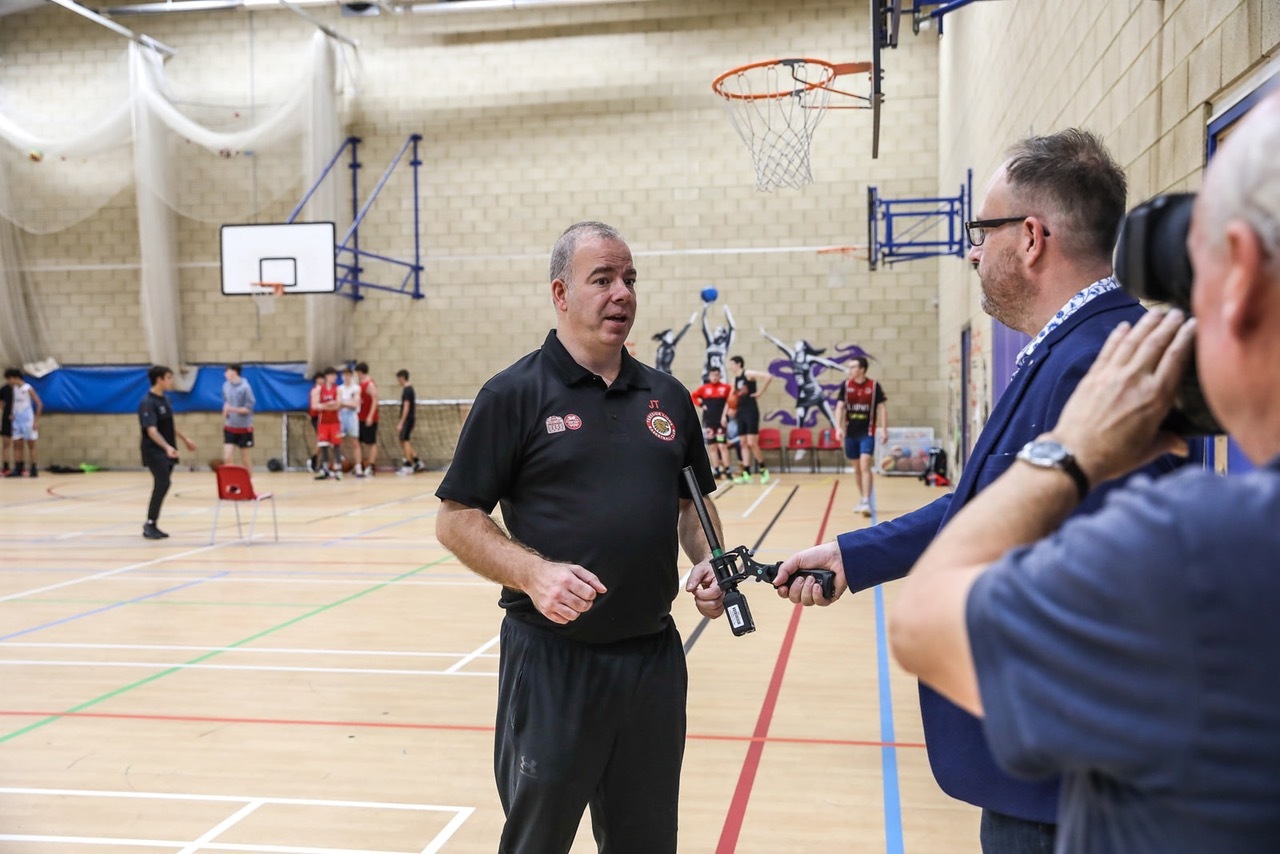