The Lions flexed their muscle and bared their teeth as they entertained the home fans at Eston Arena. Sheffield’s second team were unable to cope with the strength and depth of Teesside and despite a relatively close first quarter, Lions turned up their levels in the second and third periods to put the game to bed.

Daniel Tewogbade was the standout player for the visitors with his skillsets and athleticism. Another threat was Metodiy Metodiev who hit two 3’s in the first quarter but both were effectively neutralised by the defence of Luke Mitchell and Eddie Matthew.

For the home team, it was Matt Hughes who opened the scoring, and eyes with a number of impressive finishes as he accumulated 10pts in the first period alone.

Teesside have talent throughout the squad and 7 foot captain Theo Turner chipped in 9pts to take the home team into the second quarter up 24-16.

Manny Kabengele and Eddie Matthew took on the mantle in the early stages of the second period, and Sheffield were starting to show cracks in their foundations. At the mid-point Matthew hit a trademark 3-pointer but that would be his only one as the team naturally looked for the ‘better option’ and that was often inside and in transition.

Teesside would finish with an incredible 29 assists, accounting for more than half the team’s points total. It was energising to witness players sacrificing their own goals for the team and one player who epitomised this was Luke Mitchell. The Teesside talisman delivered 11 assists, two instigating monster dunks from Turner leading to the crowd erupting in celebration.

Turner received the Mitchell pass on the break and as he rose for the two handed slam, Sheffield’s Nelly Pace made the mistake of trying to contest, resulting in Turner delivering the ‘poster.’ Seconds later Turner was again on the rampage with a one handed ‘Tomahawk’ dunk; this time the Sheffield players electing to stay out the way.

Sheffield were now dazed and could only muster 7pts in reply, heading into half time on the wrong end of a 43-23 scoreline.

In the third quarter Teesside finished the visitors with a massive 38pts scored. Kabengele flushed two points in the fifth minute, followed by drawing a foul on an audacious dunk attempt in a 12pt spell which included two And 1 plays. 15pts from Hughes sent the visitors spinning into the final quarter down 81-40.

In the final quarter Teesside coach Oliver Hylands ran the bench with young pair Riley Anderson and Charlie Mckenna enjoying some valuable court time. McKenna doing well with a strong block prior to a smooth finish at the other end.

There were a number of MVP candidates for Teesside with captain Turner collecting 15pts, 19 rebounds & 5 assists. Luke Mitchell dished out 11 assists and Manny Kabengele enjoyed 15pts & 10 rebounds for yet another double-double.

The overall winner though was Matt Hughes who hit 27pts, 6 rebounds & 5 assists in just 22 minutes for a 35 efficiency rating.

Teesside currently sit top of the league and now face their biggest challenge of the season as second placed Calderdale Explorers travel to Eston Arena this Sunday.

Lions captain Theo Turner is calling on as many people as possible to come along and support the Lions, stating: “Our Teesside fans are the best in the league, but we will need them this Sunday. Calderdale have a very good team and we need the crowd to make the difference and help us maintain our unbeaten record.”

Tickets for Teesside v Calderdale are available via TeessideLions.com 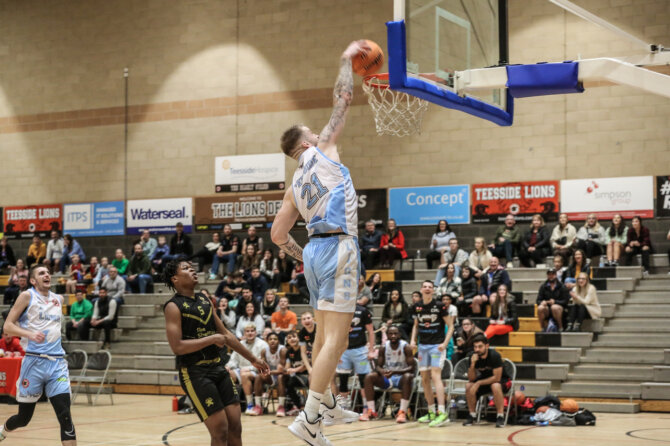 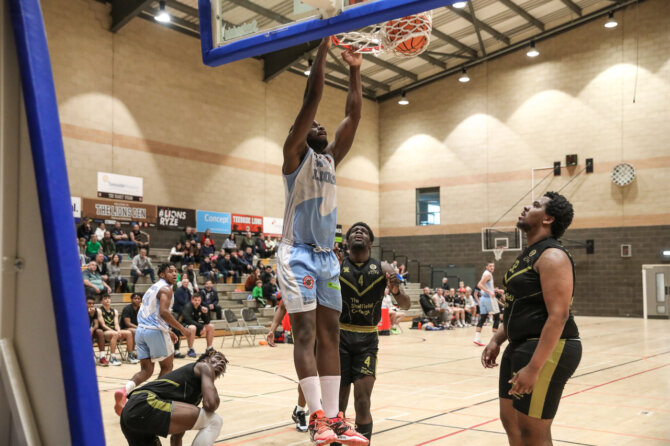 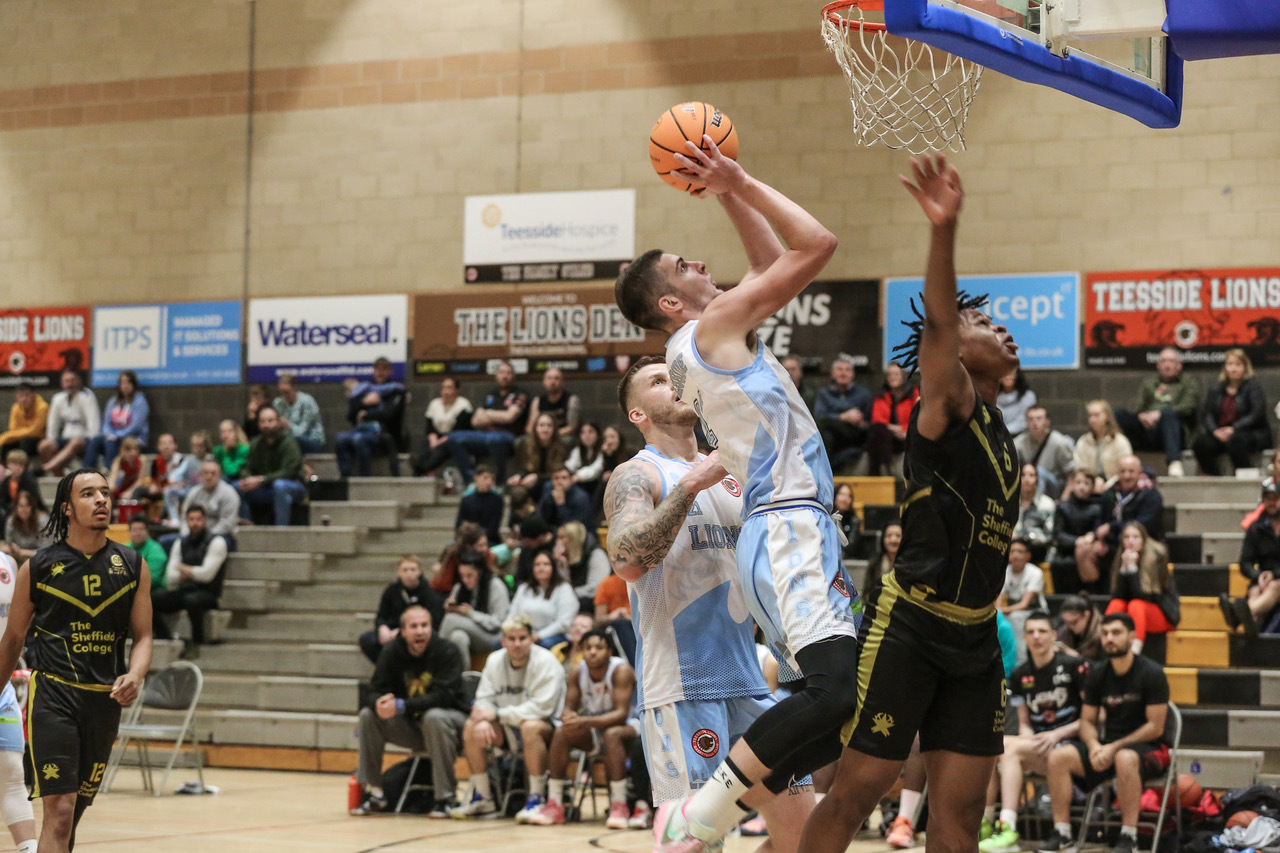