It was the biggest crowd of the season so far as the Lions roared to victory over their closest league table rivals, remaining top of the table and unbeaten.

More than 650 were in attendance to witness a great and atmospheric event. On the court, Lions opened the scores through a Billy Cousins long range 2-point shot This was followed by Manny Kabengele who was fouled on the shot and subsequently converted both his free throws.

For Calderdale, Robert Donaldson showed his value with an And 1 play and a 3-pointer to keep the visitors in the game.

With the flow of the game being constantly disrupted it was difficult for players to find rhythm, but Matt Hughes and Kabengele finished the quarter strong and Tiernan Clarke hit a buzzer beating shot to stretch the lead to 7pts at 25-18 in favour of the hosts.

In the second quarter the big pairing of Theo Turner & Oliver Hylands provided a wall of security on the defensive end which restricted Explorers to just 14pts. However it was a low scoring affair for both teams as Teesside faired just one point better.

The second half was much better for Teesside as they built a 32pt lead in the third quarter through a balance of scorers instigated by the incredible performance of Kabengele. Not only was he an inspirational defender, but he ignited the offence with a breakaway two handed slam dunk, and also converted two smooth fadeaway jumpers that wowed the crowd.

Tom Wylie hit a big 3-pointer, the first of three as Hylands & Cousins both added perimeter shots to take the Lions into a comfortable lead. Cousins was now leading the team with 17pts. Azizi Maganfa did his best to get Calderdale back into the game with two powerful drives. He and Donaldson could only manage 4pts apiece and it was another low scoring 15pts for the Explorers while Teesside hit 27pts to take a commanding 17pt cushion into the final quarter, 64-47.

Matt Hughes, another player enjoying fine form this season, hit a run of 10pts. Kabengele, Turner & Cousins also delivering the goods as the crowd were really enjoying the occasion. In the final five minutes, Teesside ran the bench but the production was still there with Tiernan Clarke hitting 7pts in the final two minutes. Lions delivered their highest period score of 27-16 and finished the game as worthy victors.

It was a very good result from Teesside who were missing two key guards in Luke Mitchell and Eddie Matthew. Such is the depth of talent in the Lions they continued their rich vein of form and beat their positional rivals by a confident 28pts. Teesside boasted four players in double figure scoring and despite game hurdles, managed to maintain composure.

The Game MVP was another close call between three players, and indicative of the talent Teesside possess, this three was again different to previous weeks as Billy Cousins was joined by Matt Hughes, who was last week’s MVP and also Manny Kabengele in contention.

The award went to Manny Kabengele who was a force to be reckoned with at both ends of the court. He finished with a double-double of 14pts & 10 rebounds whilst also adding 3 assists & 4 steals in an all-round MVP performance.


Teesside will now focus on the National Cup as they face Division Two outfit Myerscough in the fourth round. The game is a home draw for Lions but will take place at East Durham College in Peterlee due to Eston being unavailable. Spectators are advised to book their tickets early via TeessideLions.com to avoid disappointment. Capacity is limited to 500.

This game will present the biggest challenge so far as Teesside entertain a very talented opposition from one division higher. 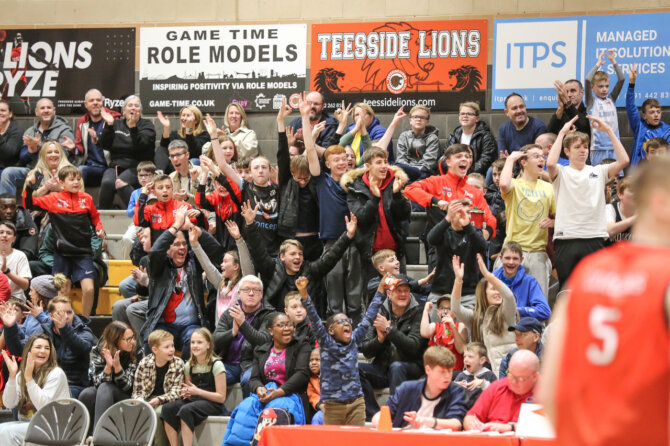 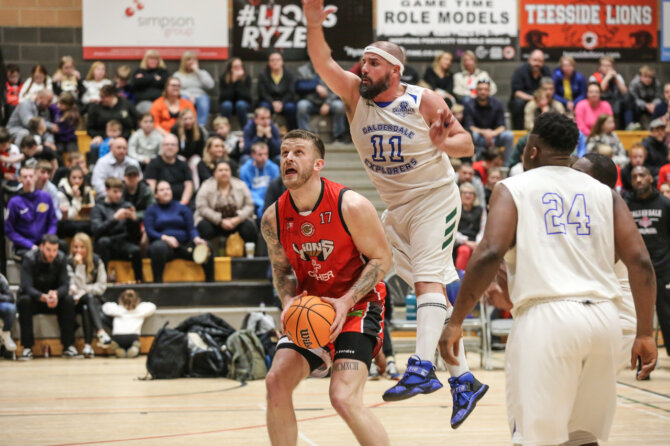 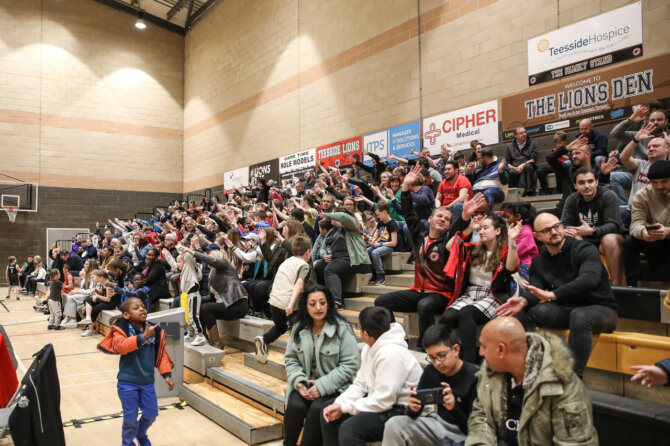 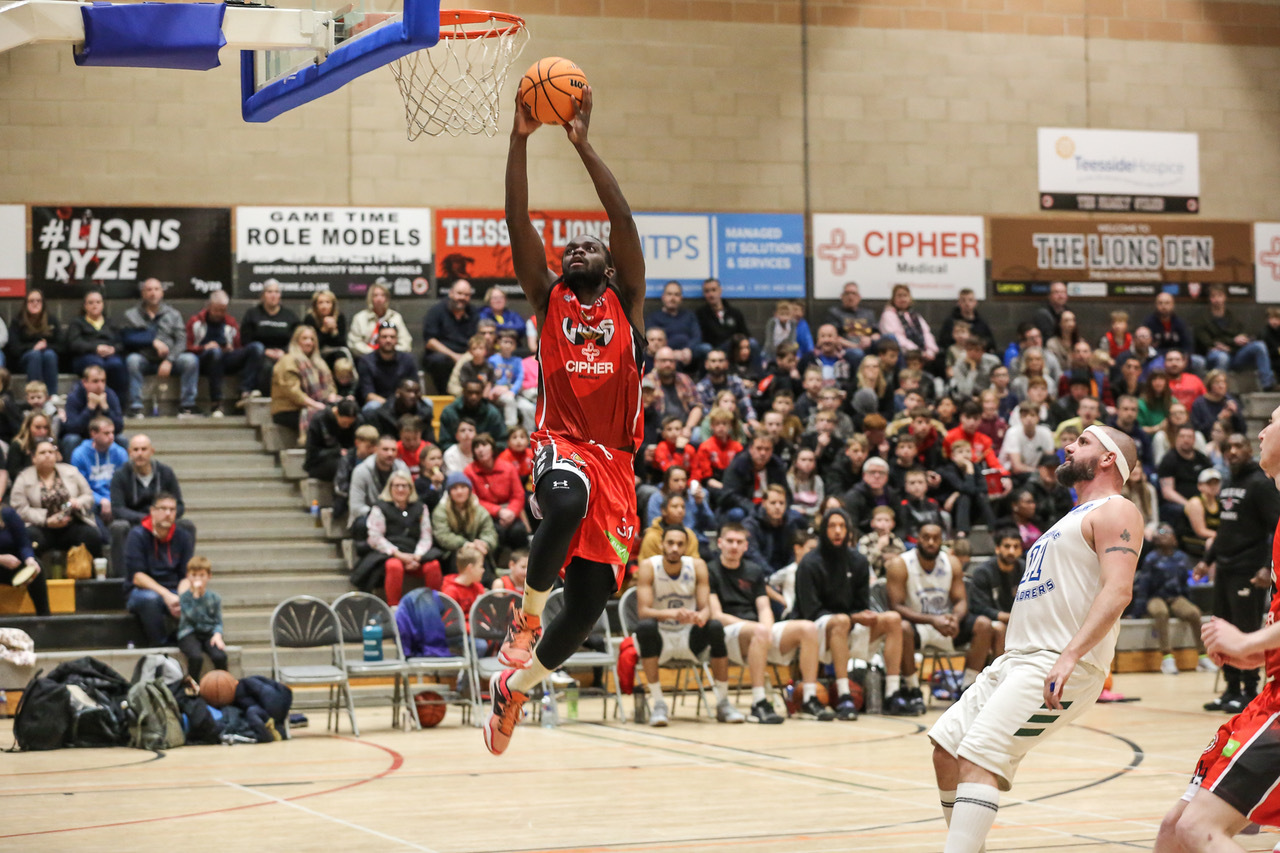