It was the second time the clubs have met inside a week following Lions’ victory at Eston Arena in the National Cup. This victory was arguably more important as the Lions seek promotion and well aware that winning percentage is a crucial component in climbing out of Division Three.

Sheffield is an intimidating venue with a tight court and passionate supporters making for a difficult place to play.

Lions began well with Theo Turner & Manny Kabengele dominating inside the paint. A sweet post fake and lay-up from Turner followed by a low post back-down into the middle for a strong finish by Kabengele showed Teesside’s strength around the basket.

Sheffield were quicker to mark the sheet on this occasion and found Jason Paredes and Aidan Appleyard on the perimeter for 3-point shots.

Luke Mitchell was effective in response as he combined his trademark control of the game and passing with three key baskets by the end of the first quarter, ensuring Teesside led 17-23.

With baskets being traded, better defence would determine the outcome of this game and Lions would be given a stark reminder in the second quarter that things can go wrong if not fully focussed.

It was Appleyard again for Sheffield as he hit 6pts of his team’s first 8. This galvanised the home team and they would continue to outscore the visitors 24-11. Matt Hughes rescued the Lions blushes later in the period with two baskets, one from an instinctive steal that would keep the embers of the Teesside fire alive.

Sheffield were now in control of the score; though not yet the game, and as the half time buzzer went, they led 41-34.

Teesside had a lot of work to do and while they found better offence in the third quarter as Oliver Hylands made his presence known with 8pts and Luke Mitchell hitting a big 3-pointer, the defence was yet again in need of improvement.

Teesside hit 22pts in the third period but still leaked 20pts meaning their deficit was 5pts, 61-56 and if the trades continued to be evenly matched Lions would risk losing the game.

The call for individual and team accountability was strong entering the final quarter and the response was immediate and significant. Where Sheffield humbled Lions in the second quarter, the visitors returned the compliment in the all-important final period, outscoring their hosts 21-11 to ensure a 4pt victory, exclamated with a powerful dunk from Turner in the final play of the game.

“It wasn’t the best performance, but we got the win. Sometimes we will have to grind out a result and this was one of those. Sheffield are a tough team. We know that from last season and the game we played last week.

“We are getting better every week, but we must find a way to raise our level on defence. We need to learn how to shut teams down. In this league nothing can be taken for granted.”

Billy Cousins was awarded the MVP for his productivity on defence and strong scoring at crucial stages of the game, including 8pts in the last quarter. He was also 5 of 6 for free throws and finished with 16pts in an all-round great performance.

Teesside currently sit top of the league but will now take a break from league action as they visit Manchester Swarm on Sunday for the third round of the National Cup. The prize being a home draw on Sunday 13th November against the winner of Division Two sides Myerscough and Worcester Wolves 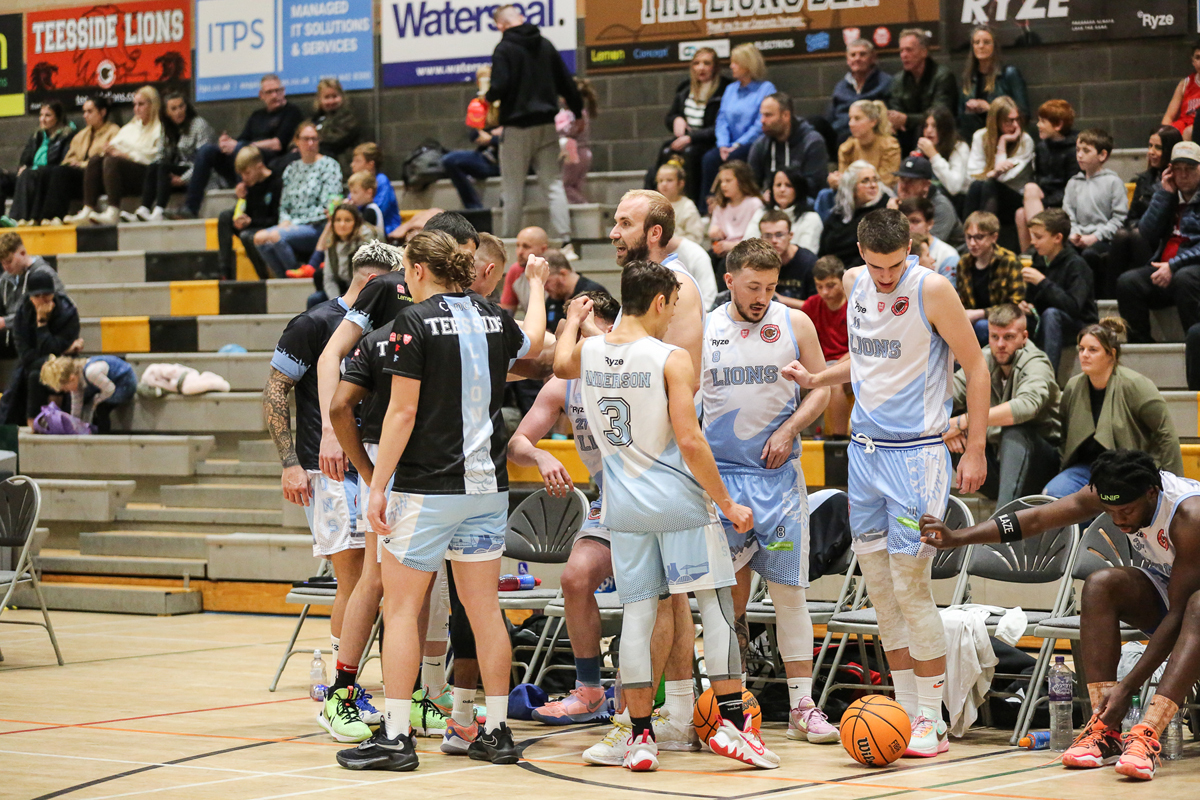